Nandini. The lady who loves reading, travelling, dancing, and gardening…

Meet woman entrepreneur Mitali Gogoi Dutta, who has shaped globally acclaimed projects to transform lives of former poachers and their families by creating an alternative source of income through cooking and dining concepts

“Resolved to take fate by the throat and shake a living out of her,” said Louisa May Alcott. Meet Mitali Gogoi Dutta, a trend-settingentrepreneur and a woman of substance whose life exemplifies what Alcott said and would probably make Alcott smile from heaven.

EastIndiaStory unfurls the life of this trail blazer determined to be an example for men and women striving to take their lives to newer heights. Her desire to succeed and strengthen lives around her drove her around zones of corporate world using homely cooking and baking skills to gain financial freedom to becoming a connoisseur of culinary tourism in her homeland Assam.

Mitali Gogoi Dutta, founder of Food Sutra by Mitali®, one of the first culinary ventures of North East India and leader of many initiatives in culinary tourism in Assam, wears technology and digital marketing up her sleeves while teaching to cook traditional dishes and bake artistic theme cakes in her culinary studio or online sessions.

She is super diligent, poised and strives for excellence in all that she sets her mind to, be it a charity event for women or cancer awareness, her cooking & baking classes or her projects to provide sustainable livelihood to economically challenged people living in rural areas through culinary approach. As we listen to her journey, it is not difficult for the mind towander into thoughts as to how she balances her personal life, her passion to serve the community and her artistic entrepreneurial ventures with such elan!

One could talk to Mitali for hours and still think of her as a gracious enigma. Her energy, conviction and dreams unfold as you watch her videos on various social media platforms. Mitali gives credit to her simple and rustic upbringing in Assam by her parents who were progressive enough to instil in her values of self-worth and a die-hard passion to be independent. What she imbibed mostly from them is their love for the country life and a strong desire to make the community around them better by their actions.

Mitali left home for Guwahati, the capital city of Assam to earn her degree in Physiotherapy and generate income for her family. The turning point in her lifearrived when a friend showed her an advertisement in the newspaper to register for a course to train as an ground hostess in a reputed grooming institute for the aviation and hospitality industry. To her surprise, her parents relented and that set the process of moulding a new person that she was soon to be.

Joining Kingfisher in Bangalore, once a prominent domestic and international travel company, gave Mitali confidence and the ultimate grooming to overcome her stage fright and to face the world in a composed manner. A few years later, as Bengaluru International Airport relocated from the heart of the city to the suburbs, she quit her job and ventured into the tourism space, joined SOTC as a travel partner. After a while, she took up a front desk job at UNICEF in Guwahati where the salary hike excited her and at the same time opened her eyes to the immense possibility that human beings have.

As Mitali often says, “Our capabilities and inabilities lie within us, and for us to be fruitful, we just need to recognize our inner capabilities.” Becoming a young mother soon, propelled her to invoke a strength that had been passed to her from her mother- a deep interest and ultra-skills in cooking. She now chose to be a stay-at-home mom and utilise this skill to spread her wings into the Work From Home space per her own convenience and design. Thus, Food Sutra by Mitali®(foodsutrabymitali.com) was born being based on intensive research about deep interest of individuals in cooking and bakingwhile using it as a means of earningfor both rural and urban dwellers.

As of today, through both digital platforms as well as her studio sessions, Mitali has successfully trained and empowered more than 3000 individuals from around the country and abroad. It would be fairly unjust to the spirit of entrepreneurship to say that Mitali has  just set up a thriving business venture out of cooking skills.

Durga, You, and Your Higher-self

Her craft and zest for giving back to the community whose values have shaped her has led to the development of a new product in this part of the country – Culinary Tours. They give an enriching experience to tourists and a lingering taste of the special North-eastern cuisines.

Mitali Gogoi Dutta has featured on national television with Master Chef Kunal Kapoor. You cannot escape the thought as how a simple and traditional concept can lead to humanitarian service towards economically weak communities who were otherwise being pushed to the brink of poverty.

Nandini. The lady who loves reading, travelling, dancing, and gardening was born in the old, romantic Guwahati, now the capital city of the northeastern state of Assam.Her addiction, after being a biotech researcher, is science writing. Now she resides in the tech capital of India, Bengaluru. Hubby and two daughters make up her personal life. And by Jove, can she write stories about theromance of the northeast! 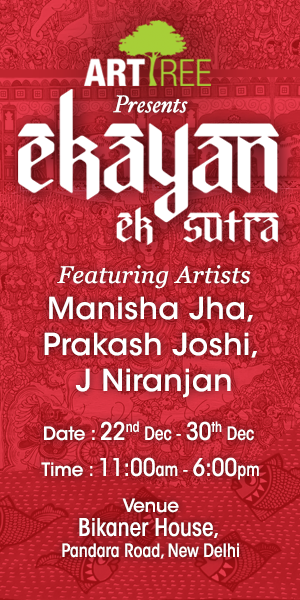 Revelling In The Beauty Of Shillong