The author has served no less than Al Jazeera and…

Despite several saliva-generating trade deals, both countries’ public posturing, at least, is that they won’t buy into China using them against India

Beijing is rattled by the lukewarm responses of both Sri Lanka and Bangladesh in its incubating them in spoiling their India umbilical cord at its behest.

In effect, it is a frayed part, for the moment at least, in China’s String of Pearls policy to outplay India in the region.

China’s latest overtures to repair the soured relations with India in the aftermath of the bloody clash at the Galwan Valley smack of a gumption triggered by some latest developments in Asia.

With Beijing harping on the `big picture’ of the decades-old bilateral and trade ties with India, the Chinese foreign ministry has recently cautioned India against `misjudgments’.

China has only viewed with concern that India is not only adding teeth to its military build-up, but such close allies of China as Sri Lanka and Bangladesh have suddenly developed a cold feet over any possibility of souring ties with India

Since the beginning of the Commander-level talks between the two nuclear-powered nations following the fierce combat at Eastern Ladakh in India, China has been pressing India not to `confuse’ between border clash and bilateral trade and relationships.

Riled at New Delhi’s lukewarm response to its repeated missives, China sought to apply sort of a balm on the deteriorating Indo-Nepal ties.

That hardly melted the ice so far as the Sino-Indian theatre of tension is concerned.

China has only viewed with concern that India is not only adding teeth to its military build-up, but such close allies of China as Sri Lanka and Bangladesh have suddenly developed a cold feet over any possibility of souring ties with India.

“Sri Lanka is keen to pursue a neutral foreign policy, but will retain an `India First’ approach in strategic and security matters,” Sri Lankan foreign secretary Jayanath Colombage quoted  president Rajapaksa as saying in an interview in the Sri Lankan TV channel.

To rub salt to Beijing’s injury, Colombage went a step further and observed that the decision to hand over the Hambantota port in Lanka on a 99-year-old lease to China was a `mistake.’

That Sri Lanka, unlike Pakistan, is not ready to play at the behest of China, must have come as a big jolt to the Dragon.

With Sri Lanka categorically declaring that it refuses to be a strategic security threat to India, Beijing will now have to conduct a reassessment of its policy of expansionism in the Bay of Bengal and South China Sea.

If the Sri Lankan assertion appeared suddenly out of tune for China, this scenario was preceded by Dhaka describing relationship with New Delhi as “historic” and “rock-solid” which cannot be hindered by anything.

“We must not compare the relationships (of Bangladesh with India and China) from an identical standpoint,” foreign minister AK Abdul Momen observed early this month.

“Our ties with India are historic…rock-solid; it is a blood relation while economic issues mainly shaped our relations with China” he said.

Momen’s remarks followed on the heels of his trip to a memorial complex at western Meherpur bordering India to pay tributes to the 1971 Liberation War martyrs.

His observation came in response to questions about Dhaka’s ties with New Delhi and Beijing against the backdrop of the latest border tensions between Bangladesh’s two giant neighbours.

Momen’s assertion ought to be viewed in the context of enormous on-going Chinese investment in Bangladesh.

Chinese Huawei Merine is among the four global companies that are in the race to bag the order for laying country’s third submarine cable under the SEA-ME-WE 6 consortium to meet the growing demand for data consumption in Bangladesh.

This apart, the Bangladesh government has on August 27 given its nod to China to conduct trials of the Chinese made Corona vaccine on willing Bangladeshi nationals.

Notwithstanding this, that neither Sri Lanka nor Bangladesh is quite eager to immediately puncture their existing cordial ties with India at the behest of Beijing, must have rattled the military dictators in China. 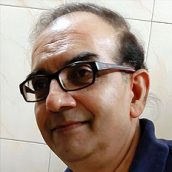 The author has served no less than Al Jazeera and German TV, and India’s Parliamentarian magazine among others! To his credit goes a deep-rooted empathy for social issues and humans. He has wide experience in covering the northeast of India. His coverage on the 2020 Amphan cyclone in eastern India has easily been the best around the world Tale of My Two Great-Grandmothers!