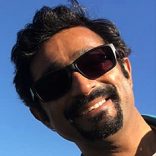 Subho is a communication professional and former journalist based in…

On the occasion of his 93rd birth anniversary which was on 4 August, here’s a tribute to the inimitable Kishore Kumar

True genius — these are the only two words that describe Kishore da, for he cannot be confined to any one particular definition for an artiste. He could sing and dance; act and mimic; write and compose; make you laugh and cry; and he lived a life that challenged all social norms. Kishore Kumar’s hilarious movies and his ever-enchanting songs, make him the most memorable multi-faceted talent of Bengali origin of all time.

Born on 4th August1929 in Khandwa, Madhya Pradesh, India, Abhas Kumar Ganguly (his real name) was the youngest son of Kunjalal Ganguli and Gauri Devi. Music and culture were in his blood. In Kishore’s own words: “My father Kunjalal Ganguli, was a pleader (advocate) who earned Rs 30 a month. My mama Dhananjay Banerjee, the classical singer, was the only family link I had with music. But I was never trained to be a singer. It was my brother Dadamoni (Ashok Kumar) who learned music from the well-known Saraswati Devi.”

Ashok Kumar had once shed some light about their ancestryin a TV interview: “My father used to say that about a hundred and fifty years ago, our ancestors were dacoits in Bengal. One of our great grandfathers was the famous Raghu Dacoit. People of that region used to love him because he looted the rich and distributed the wealth among the poor. Even Rabindranath Tagore has written about his benevolence in one of his stories.” Perhaps that explains the robustness, exuberance, and large-heartedness of Kishore Kumar.

Although born outside Bengal, Kishore Kumar was a true Bengali. His love for authentic Bengali food was well-known in the industry. Like any other Bengali, Kumar’s love for fish was irreversible. The famous Bengali actress Supriya Devi once said on record, “I remember how Kishoreda liked golden prawn malaikari and bhetki jhal and would ask for these dishes whenever we met. He would say ‘khub bhalo hoyechhe’ (it’s really good) whenever I cooked something for him.”

Kishore sang for all the Bengali music directors who composed for Bollywood whether it was Sachin Dev Burman; his son Rahul Dev Burman; Anil Biswas; Salil Chowdhury; Hemant Kumar; Shyamal Mitra and Bappi Lahiri – he sang for them all. How can one forget the nostalgia revolving around the marquee during Durga Puja. To all Bengalis, Kishore remains the most memorable for his Puja albums, which mostly contained Bengali songs that he composed himself. Who can forget the magical semi-classical rendition in Noyono Sharashi Keno, Aamar Moner Ei Moyur Mahaley, Aamar Dweep Nebhano Raat. His Bangla fun songs Shingh Nei Tobu Naam Taar Shingho, Bum Chicki Bum, Gaaner Gaw Jaani Na, and Daake Lokey Aamake Clown are unique to the history of Bangla ‘gaan’ or music.

Besides fish and Durga Puja, the nostalgia of a Bengali revolves around Rabindranath Tagore’s songs. Kishore cut two ‘RabindraSangeet’ albums under the baton of Hemanta Mukhopadhyay. The great Bengali filmmaker Satyajit Ray never failed to recognize his genius as well. He summoned Kishore for the playback of the Tagore songs in Charulata and Ghare Baire.

Ray also wanted him to act in Parash Pathar and sing songs for Goopi Gayin Bagha Bayin, which was not to be. Kishore lent Ray 5000 during the production of Ray’s debut Pather Panchali which is today considered amongst the world’s classics.

Kishore’s most popular ‘Adhunik Gaan’ (or pop songs) like Aamar Pujar Phool and Shey Jeno Aamar Pashey Aajo Boshe Aachhe were a perfect blend of his vocals and Hemanta Mukherjee’s music. Kishore’s Bengali films include the extremely popular Lukochuri (Hide‘n’seek), Dushtu Projapoti (The Naughty Butterfly) and a few other memorable flicks of the black and white era.

This article is part of an upcoming book on Kishore Kumar by Subhamoy Das. Subho is a communication professional and former journalist based in Delhi NCR. He is an passionate nature photographer, music lover and known as India’s first professional blogger. Irrfan – The Gem We Never Deserved